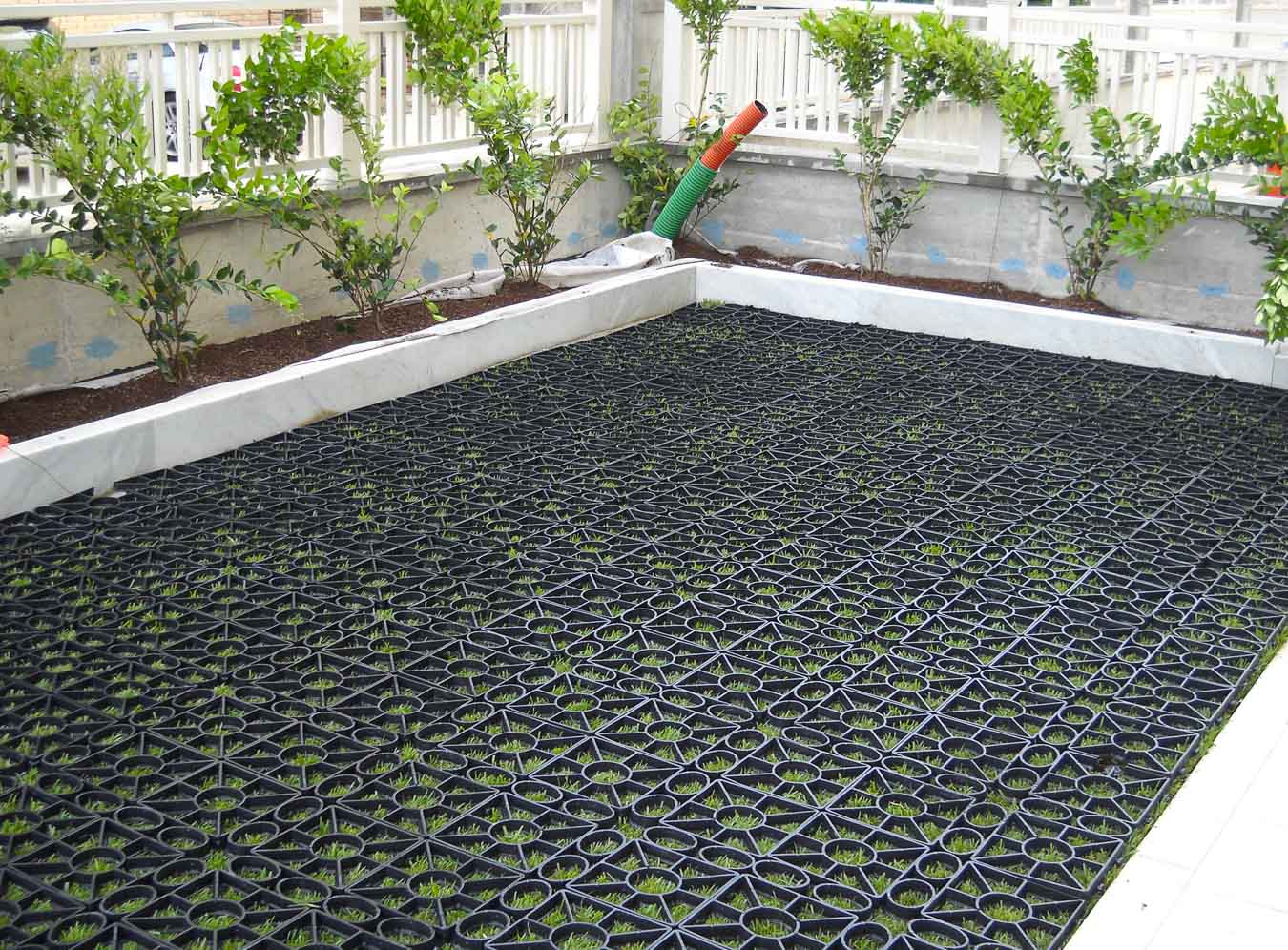 Geoflor®: building a green parking has never been so easy.

Geoflor® is the turf grid that allows the creation of a green parking in some simple steps. It protects the turf from the transit and stop of vehicles avoiding roots compression and, at the same time, it does not obstruct the growth of the turf. The grid is made of LD PE (low density polyethylene) and is stabilized against UV rays. Thanks to these features, it is extremely elastic and thus adaptable to all kinds of soil.

The laying can be made on existing surfaces, for light traffic, without prearrange a particular sub-base. Instead, for the creation of a new parking, it is advisable to prepare a particular package proportioned to the traffic foreseen.

In the case of a new parking creation, it is advisable to prepare a proper package to avoid that the transit and/or the continuous stop of vehicles creates depressions and consequently water stagnations in the soil.
These packages consist of a draining layer of thick lapillus or gravel, wrapped up into a warp and weft geotextile that makes the base of the parking stable.
This layer is further separated from the above stratigraphy through a TNT geotextile, on which will be put 15 cm of cultivation substrate and which will be used for the passage of the drip line and for the turf rooting.

There are 2 different packages depending on the foreseen traffic: